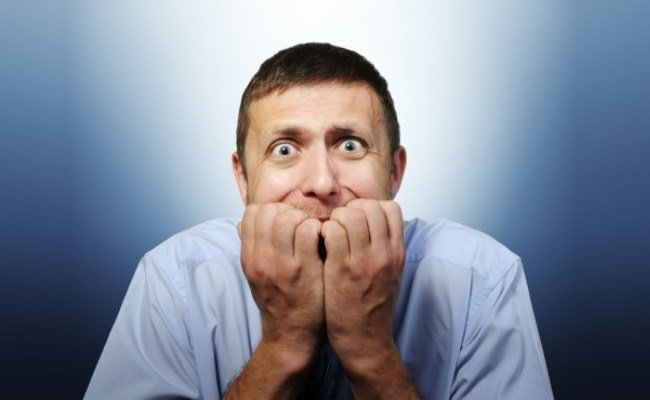 Sweaty palms, feeling sick, jelly legs. All common feelings before a big match. Do we like these feelings? No, they are uncomfortable, unwanted and even painful. How often do you come off court after a loss and just say ‘I was just nervous’? I used to; I often blamed my losses on my nerves. As if it was acceptable to lose because of nerves. So, what is the secret to not being nervous? Answer: There is none. Nerves are inevitable, you just need to learn to control them.

So, the first step to controlling them is understanding why we get them. Our brain has been slowly evolving for over 500 million years. Part of our brain called the Limbic system was developed around 100-200 million years ago, so functions that were required back then are still hardwired in now. One thing it controls is our fight or flight response. In the past, when our ancestors had to hunt for food, if an animal approached, the brain would send singles to either fight (if the animal was weaker) or flee (if the animal was stronger). A hormone called adrenaline is released to give you more energy and blood is transported away from the stomach which can cause a tingling sensation (Butterflies).

Now, when we attach an importance to an event or activity the Limbic system is activated but the signal is misunderstood. Because this part of the brain was developed millions of years ago it perceives the signal as if we are in danger. Therefore, the fight or flight response is activated. This is us getting nervous. So, when we start getting nervous why don’t we try and force ourselves back to our pre-anxious state? Well because our brain misunderstands this signal as well. It sees this signal as danger and triggers a further fight or flight response.

So, being nervous is inevitable and unavoidable. So how do we deal with it? Well there isn’t a one size fits all technique to control your nerves. This is something that takes practice trying different techniques, deep breathing, listening to music or visualisation. The first step is not to fear nerves, once you learn to control them you can use them to your advantage. Since adrenaline is released, we can use it to move faster, jump higher and hit harder. The best use nerves as a weapon not a hindrance. Learn to control your nerves and you will be able to use it to your advantage.