Is there a perfect technique? 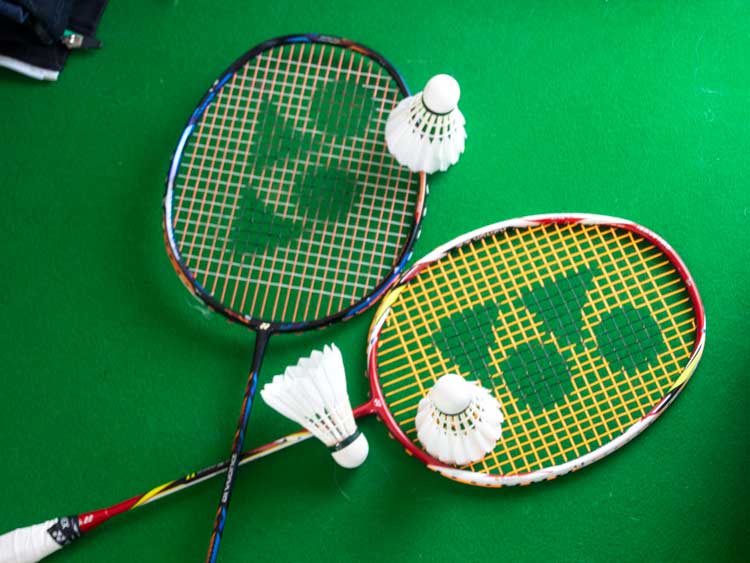 Within my last posts regarding our over emphasis on mistakes, I mentioned how we try to teach the players our “perfect technique”, one which we believe is the most effective way to play a shot or move to the shuttle. We create a technical model that we believe the players should follow. I believe however that we should allow players to express themselves in training by allowing them to find different technical solutions to problems we give them.

I tend to see a lot of players around the badminton circuit with very similar techniques and especially similar techniques amongst players from the same coaches as they like to teach ‘their’ players what they see as correct. You tend to see a lot of players playing with and coaches instructing techniques such as; elbow away for racket carriage and at waist height and nice early preparation for overhead hitting with elbow high. I personally don’t understand why we are trying to implement a 1 size fits all approach to players. Within sport at the top level you can see multiple techniques whether in cricket, such as comparing Steve Smith and Joe Root’s batting actions, Cristiano Ronaldo and David Beckham’s free kick techniques or Rafa Nadal and Roger Federer’s backhands.

Why should coaches be so prescriptive and tell players to adopt a certain technique. Should the best way not be to allow the players to try different ways of moving and hitting the shuttle? Putting them into different scenarios and creating different problems to which they have to solve them both tactically and technically? This is something I will explore further in a later post. In this post I want to try and show examples of different techniques within badminton and hence why we should not be telling people they should be doing it one way and not the other.

Within English badminton, most coaches instruct players to get their racket up early before you hit the shot, with the elbow up. As seen in the example below by Christie Jonatan.

However, you have many players using overhead hitting actions in which the racket moves from low to high in 1 flowing motion, with players such as Lee Chong Wei and Chou Tien Chen.  An example can be seen below.

Each one will have its own benefits. Being prepared earlier will allow a more constant swing action as there is less movement, the more flowing action will create greater rhythm and different paces with the swing to create deception.

Another favourite among coaches is making sure the players have their racket out in front of them at around waist height between shots. There are players that do this such as Anders Antonsen and Viktor Axelsen in which the racket tends to always be in the ‘correct position’.

However, again, there are those players who vary their racket carriages a lot more, keep them down for longer periods of time. These players tend to have low racket carriages until it is needed to be changed. They will leave it low and then bring it up, out or down depending on how they read the game. This requires good reading of the game to be able to do, however it will allow the players arm to be more relaxed and create greater flow within shots.

The last coaching point I want to discuss is the split step. A split-step is a movement which is made by a player in order to be ready to react to the shot the opponent is going to hit. The split step is seen as a fundamental action that players should learn. However, from my analysis of recent international tournaments, players such as Chou Tien Chen not always split after his serve, instead, he loads his leg slightly by slightly lowering his lower body, there is no jump or step.  The reason why he possibly doesn’t split is it helps with him reading any deception the opponent may try to use against him as he will not be moving as the shot is being played to him and he can react much quicker.  In psychological terms it relates to the single channel hypothesis, where the brain can only process one stimulus at a time.

These 3 areas of the game i have mentioned here are not the only ones we could discuss, there are many many more. however the purpose of this post is not to argue which technique or movement is the best, but to highlight that there are multiple movements and techniques within the game at the top level. Where even something as important as the split-step is now being slightly questioned. What I want to raise in this post is that coaches do not have a 1 size fits all approach to technique and movement patterns.  We should allow players to experiment and find different ways to play. Secondly, i want coaches and players to start questioning accepted technical norms.  Explore what is the most effective for each player and whether there might be alternatives to what they are being asked to do.

Next post i will carry on from this by talking about how to allow players to find solutions for themselves.